What Effect Does Exercise Have on the Brain?

Our brains are amazing things! But they can sometimes work against us and tell us not to do something, even when we know it is good for us… 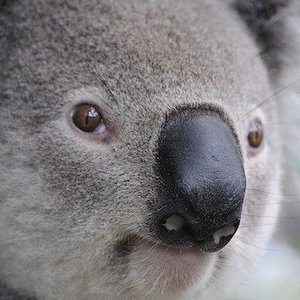 What happens to the brain when we exercise?

It’s common knowledge that exercise is beneficial to our physical well-being, whether it be strength conditioning to build muscle or cardio to increase stamina and overall fitness, but how much of an effect does exercise have on the brain?

Exercise stimulates a number of reactions to take place in the body that effect the brain. It increases heart rate which increases the amount of oxygen being pumped to the brain, aids the release of hormones which provides an optimal environment for the growth of new brain cells, promotes brain plasticity that stimulates the growth of new connections between cells in important cortical areas of the brain and it also induces the release of beneficial proteins. Physical activity also increases and regulates the levels of serotonin, norepinephrine and dopamine, important neurotransmitters that control our thoughts and emotions.

A bit of brain biology

Exercise also promotes the production of neurotrophins which are proteins that regulate neurons, specialised cells that transmit information to nerve cells, muscles or gland cells. This regulation is very beneficial as neurotrophins such as those called brain-derived neurotrophic factor (BDNF) and insulin-like growth factor (bFGF) aids the production of new neurons in the hippocampus and also assists neuron survival as it affects the way that they respond to injury and ageing. This means that exercise contributes to the maintenance of these important neurons that may have died due to ageing, linking exercise to a decreased risk of dementia. This is supported by a study that found people who exercised regularly in their middle age are one third as likely to get Alzheimer’s disease in their 70s as those adults who didn’t exercise.

The regulation of healthy neurons also maintains their ‘plasticity’ which means that they are more efficient at synaptic transmission (the communication of neurons between cells), allowing a person to form and retain memories and learn better through absorbing more information in the short term whilst avoiding cognitive decline in the long term. A 2013 study indicated that 20-40 minutes of aerobic exercise increased the presence of BDNF in the blood by 32%, increasing nourishment of brain cells and stimulating their growth.

Use it or lose it!

The human brain evolved to its large size and complexity over thousands of years to make early humans efficient hunters as it provided them with an increased ability to compute social interactions between members of hunting groups and enabled them to perform complex motor movements. With our ancestors travelling on an average of 5-10 miles a day just to eat, exercise maintained the size of our brains as it was constantly in use as it was constantly computing these motor movements. An example of the brain actually shrinking over time as it wasn’t used to its full capacity is seen in Koalas who used to have much larger brains than they do now. This is because their digestive systems evolved to survive solely on eucalyptus leaves which require much smaller, less complicated motor movements and thus considerably less brain power.

How does exercise make us feel?

Some of the ways that exercise impacts the brain are immediately noticeable by the way that they make us feel. Exercise releases specific hormones which can act as a natural cure to help with anxiety, depression and stress as well as other conditions such as ADHD and PTSD. This is because physical activity promotes an immediate release of dopamine, norepinephrine and serotonin, one of their benefits being increased focus which can help sufferers of ADHD who experience inattentiveness and hyperactivity as a result. The natural release of these hormones is essentially what ADHD medications such as Ritalin and Adderall aim to imitate to improve the user’s attention span and reduce impulsive behaviour.

How is exercise beneficial?

A study by the Harvard T.H. Chan School of Public Health also documented the benefits that exercise had on people with moderate depression, finding that running for 15 minutes a day or walking for an hour reduced the risk of people graduating from moderate to severe depression by 26%. A study from Stockholm also suggested for the antidepressant value that running had on the brain as it promoted cell growth in the hippocampus.

Whilst physical activity has many positive impacts on people with specific mental health conditions, it is extremely beneficial to everyone, with the release of hormones promoting better sleep by regulating sleeping patterns, higher self-esteem through the achievement of exercise goals however small, increased energy throughout the day, elevated resilience as it provides a healthy way for people to cope with life challenges, a sense of calm and well-being, sharper memory and concentration as well as reducing everyday stress.

It may not be a surprise that the feel-good effect that exercise has on the brain can actually make it addictive. The neurotransmitters endorphins and dopamine that are released during exercise are the same as those released by the brain during drug use. Just like other addictive activities, a sudden stop in exercising can cause an exercise addict to have withdrawal symptoms such as restlessness, frustration and guilt. This may be because they have been using exercise as a coping mechanism to deal with struggles in another aspect of their life, with working out being used as a healthier way to regulate their mood than turning to more destructive tendencies such as alcohol and other drug abuse. But it’s all about maintaining a healthy balance!

How much exercise is enough to improve your well-being?

Whilst some people may over-exercise and perhaps rely too heavily on its effects, many studies have shown that you really don’t have to do that much. In fact you can reap all of the physical and mental benefits from exercise with only half an hour of moderate physical activity 5 times per week. Whilst all exercise is beneficial to your mental well-being, it has been proven that high intensity aerobic exercise that gets you moving is the most effective; anything that gets your heart rate up to around 80% of its maximum (where max heart rate = 220 minus your age) for between 20 and 40 minutes produces optimum results. This can include activities such as running, cycling, dancing or even playing a sport, such as tennis.

However, there is no such thing as bad exercise and it certainly can improve your mental health and quality of life! Short bursts of regular exercise can fit in with even the busiest of schedules and choosing to participate in the physical activities that you find the most enjoyable is likely to be the most effective way to stick to a regime and see lasting results.